Electric power only started making sense for land vehicles about ten years ago, but now the technology is ready to make the jump into the water. Pure Watercraft hopes that its electric outboard motor can replace a normal gas one for most boating needs under 50 HP — and it just raised $23.4M to hit the throttle.

Pure’s outboard works much like a traditional one, but runs on a suitcase-sized battery pack and is, of course, almost silent except for the sound of the turbulence. It’s pretty much a drop-in replacement for an outboard you’d use on a 10-20 foot boat meant for fishing or puttering around the lake, though the price tag looks a little different.

Founder and CEO Andy Rebele started the company in 2011, and it turns out they had shown up a bit early to the party. “The Model S had not yet been released; the plan of making boats electric was not really fundable,” he told me.

Rebele kept the company going with his own money and a bit of low-key funding in 2016, though he admits now that it was something of a leap of faith.

“You have to bet that this small market will become a big market,” he said. “We developed our entire battery pack architecture, and it took — it’s obvious at this point — millions of dollars to get where we are. But our investors are buying into a leader in the electrification of an entirely new sector of transportation that hasn’t gotten the same attention as cars and trucks.” 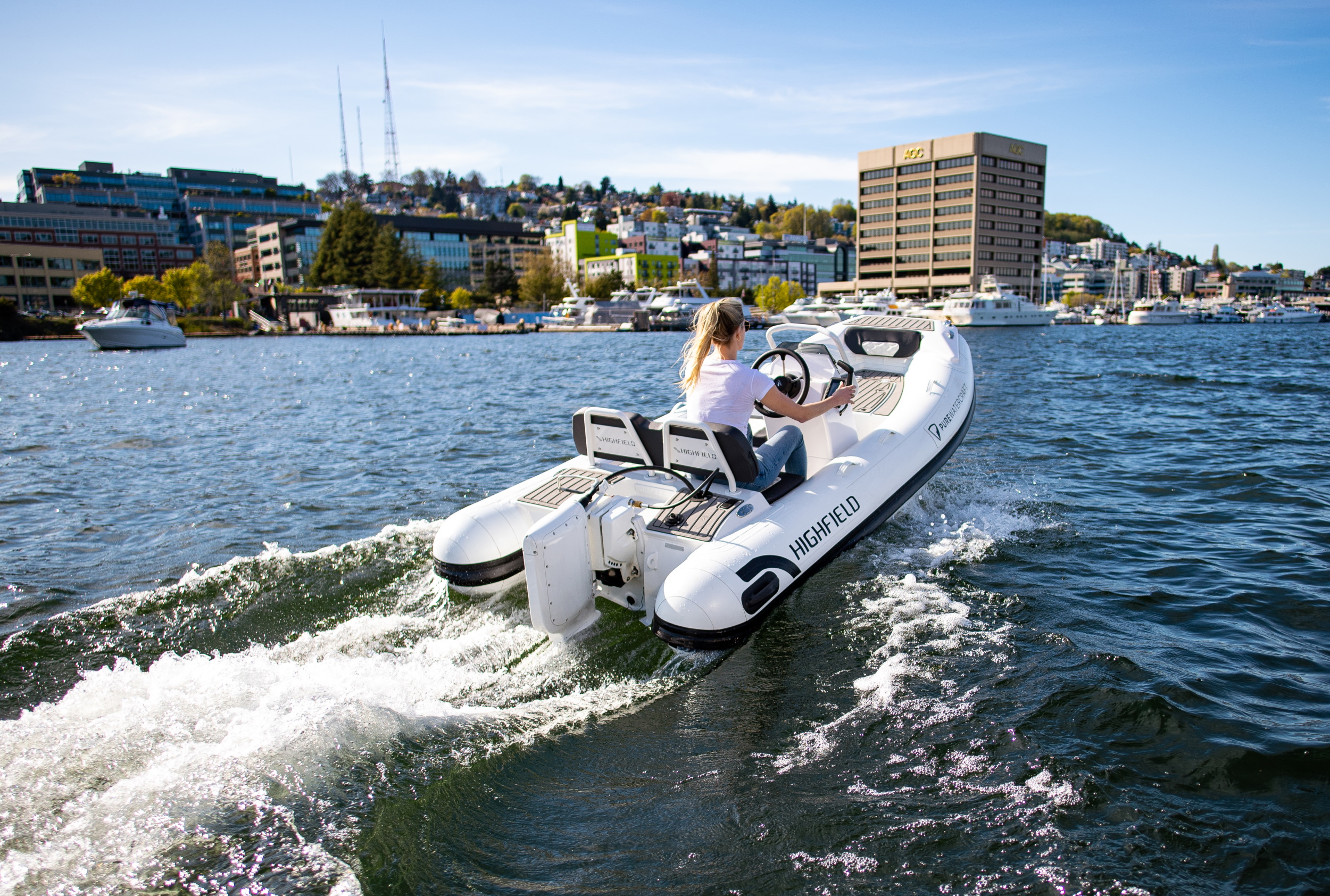 They haven’t been wasting time. Pure claims an energy density — how much power is packed into every kilogram — of 166 watt-hours per kilogram, meeting industry leader Tesla and beating plenty of other automotive battery makers. Users can easily add on a second pack or swap in a fresh one. The cells themselves are sourced from Panasonic, like Tesla’s and many others are, but assembling them into an efficient, robust, and in this case waterproof pack is something a company can still do better than its competition.

Having plenty of power is crucial for boats, since they use up so much of it to fight against the constant resistance of the water. The amount of power it takes to go a kilometer in a car is a fraction of what it takes to do so in a boat. Even boats designed for electric from the ground up, like those from Zin, face fundamental limits on their capabilities simply because of physics.

Rebele is aiming for the allure of simplicity. “The most popular outboard motor in the world is 40 horsepower,” he pointed out, and a replacement for that type of motor is exactly what Pure makes. “The mistake car companies made was saying, here’s the electric car market; it’s small, we tried it,” he said. Then Tesla came along with a great car that just happened to be electric.

It’s the same with boating, he suggested — sure, there are lots of different kinds of boats, and motors, and hull materials, and so on. But if Pure offers a motor that’s just as good or better than what powers a huge number of small boats, and just happens to be electric, it starts to sell itself. 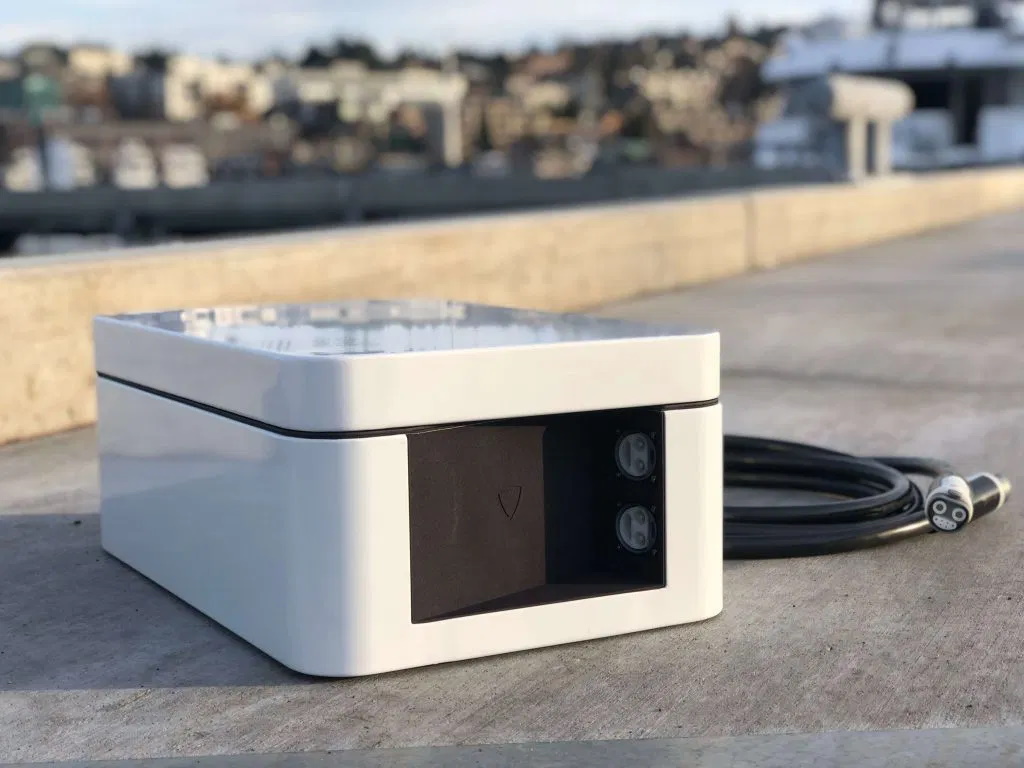 “We can’t count on people picking our product to save the world,” Rebele said. “The tipping point comes when you have a critical mass of people for whom a good selfish choice is to go electric.”

The benefits, after all, are easy to enumerate: It’s silent, which is great for fishing or social boating; It fills up for a buck or two at any outlet; It’s extremely low maintenance, having vastly fewer parts than a tiny gas engine; And of course it doesn’t spew fumes and particulates into the water and air like most of the depressingly dirty motors currently in use.

The only real advantage left to gas is initial cost and range. If you’re willing to spend some money for a better product, then cost isn’t as much of an issue. And if like most boaters you’re only going to ever go a few miles per trip, the range isn’t an issue. If you’re fishing or just cruising around a lake, it’ll last you all day. The people for whom electric isn’t an option will quickly realize that, while the others will find it increasingly hard to resist the idea. 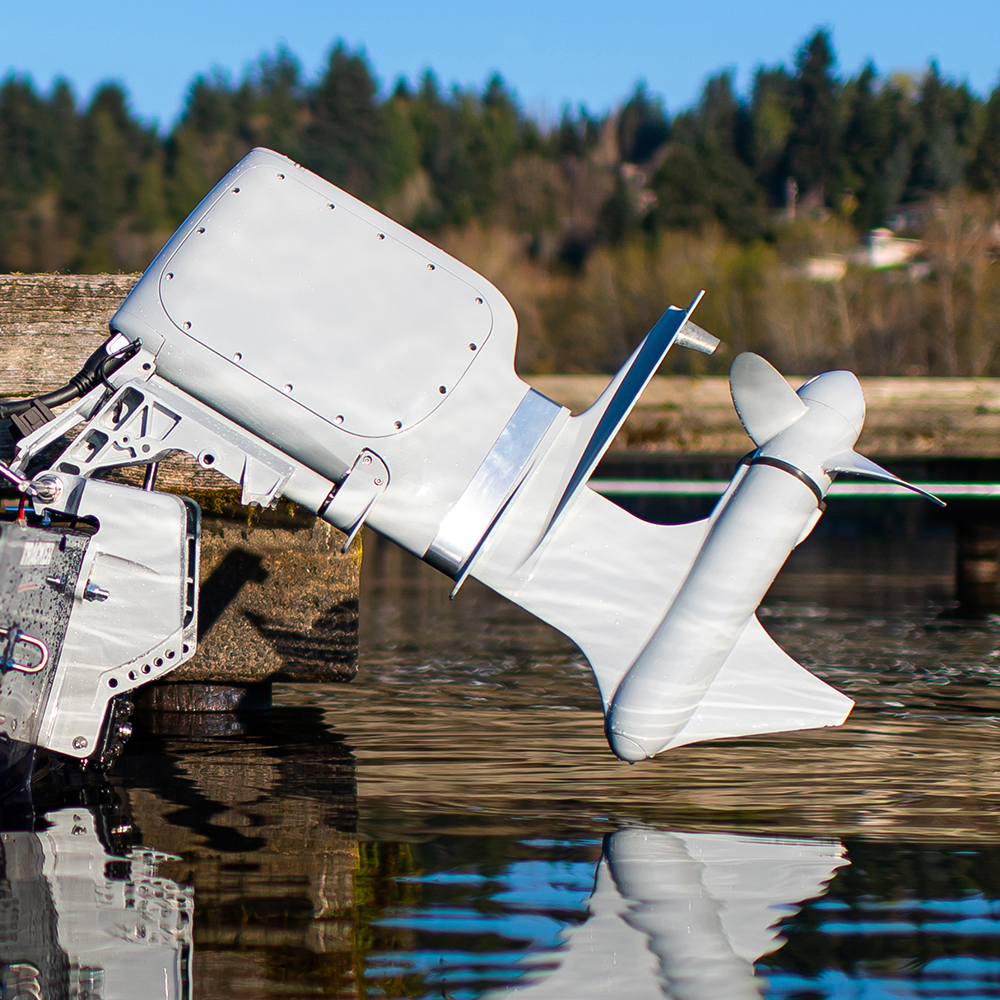 There’s still a good amount of sticker shock. A good new outboard in the 20-50 HP range runs a few thousand dollars to start, and marine gas costs add up quick; the Pure motor comes in a combo deal with the charger system and one battery pack for $16,500 (additional packs cost about $8,000). They’re working with some boat manufacturers to do complete boat deals for 30 grand or less, but it’s still firmly in the high end for the “outboard on a 2-6 person boat” crowd.

The $23.4 million A round, led by L37 and a number of individuals (including some Amazon execs and folks in the boating industry), is aimed squarely at spinning up production. After implementing the changes to the “beta” product they’ve been testing with, the first thousand Pure motors will be built in Seattle, where the company is based. The company has essentially finished R&D, so there’s little question of putting off customers for a few years while the product is engineered — and Rebele said they had no intent to build another for now.

“We make this product, at this power level, and that’s all,” he said. The company’s focus makes for good engineering and, hopefully, good margins. Pure should be shipping its motors in time for the 2021 boating season.