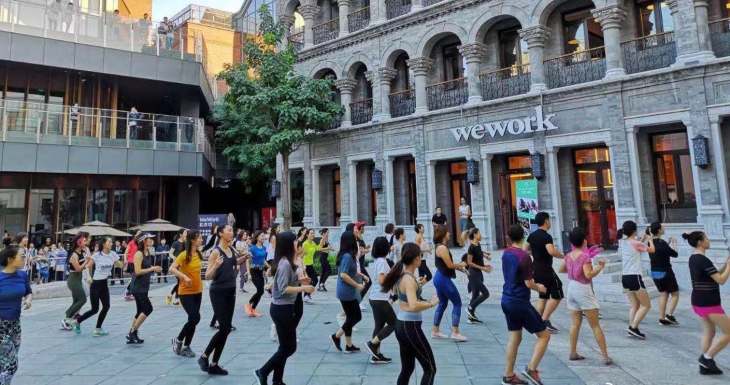 Four years after its foray into the Chinese market followed by rapid and cash-hemorrhaging expansion, WeWork decided to wind down its involvement in the country.

WeWork’s Chinese unit has secured a $200 million investment led by Shanghai-based equity firm Trustbridge Partners, which first backed WeWork China in its Series B round in 2018, the American co-working giant announced. What the release didn’t emphasize is that the latest financing effectively makes Trustbridge Partners the controlling shareholder, leaving WeWork with a minority stake in its Chinese entity.

The investment marks WeWork China’s transition from a subsidiary of a multinational into a Chinese-owned company — with a globally recognized brand, sort of like franchising.

WeWork China will continue its close cooperation with WeWork’s global headquarters to “ensure the consistency of the WeWork brand and satisfication of global members and employees,” a spokesperson said in a statement to TechCrunch.

Other changes are already underway, though. There have been layoffs as part of the sale and “many things remain uncertain,” said the person with knowledge of the matter. WeWork China declined to comment on the matter.

WeWork arrived in China at the height of the country’s co-working boom. Its brand, service and chic design have long attracted well-financed startups and open-minded big corps. Since 2016, more than 100 WeWork spaces have sprung up across 12 cities in China, including dozens it acquired from local rival Naked Hub. It now claims 65,000 members in the country.

It’s also launched a range of initiatives in China, including an on-demand service for customers who don’t want to commit to long-term leases, which could help drive in more revenue.

Globally, WeWork serves 612,000 members in 843 offices across 38 countries. China accounts for roughly one-eight of its locations, down from a share of one-sixth in 2018.

WeWork China is not only competing with cheaper, home-grown alternatives — both private and government-subsidized — but also dealing with a weakening economy in COVID-19 times and uncertain U.S.-China relations. Relinquishing operational control in a cash-burning market seems logical, given all the troubles it already faces back home.

Ahead of its planned initial public offering, which was later postponed, WeWork said trade policy uncertainty could have an adverse impact on its business. It also highlighted China, a lower-priced market, as a drag on its profit margin.

Following the investment, Trustbridge Partners will launch an extensive localization makeover for WeWork China, from “decision-making and management, product and business, through to operations and productivity,” said the WeWork China representative. The new owner will also seek partnerships with local communities, real estate firms and Chinese enterprises during the process.

WeWork China gets a new boss as a result of the sale. Michael Jiang, ann operating partner at Trustbridge Partners, will serve as the acting chief executive. Jiang was previously a senior vice presidnet at Meituan, China’s food delivery and on-demand services giant.